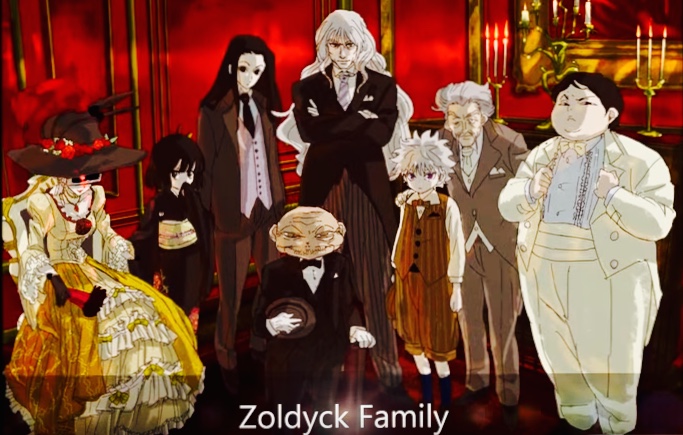 Think this story arc is second best? Totally not! Prepare to enter a new phase of heightened adventure, added fun, and full-blown friendship shared by Gon and Killua.

Killua was detained by his own parents after he disobeyed them, so Kurapika, Leorio and Gon went to the Zaoldyeck’s residence to set him free. It’s the most unwelcoming, horrifying place I’ve ever seen. Mystery and terror filled their entire search, until Killua was finally set free by his father, believing “he will always be his son”.

Upon release, Killua and Gon sticked together and found themselves training to be powerful Nen Users through Kung Fu Master Wing. In this part, Gon itched to hit Hisoka’s face, even just once, to reclaim his wounded pride, while Killua focused on supporting him reach his target. Hisoka’s character grew even more baffling – his presence has never been more nerve-tingling.

For clearer NEN illustrations (they are a bit complicated), the manga series seems a better choice, yet if you don’t want to miss the sight and sound of action,  watch the anime, too. 🙂 Double the fun!