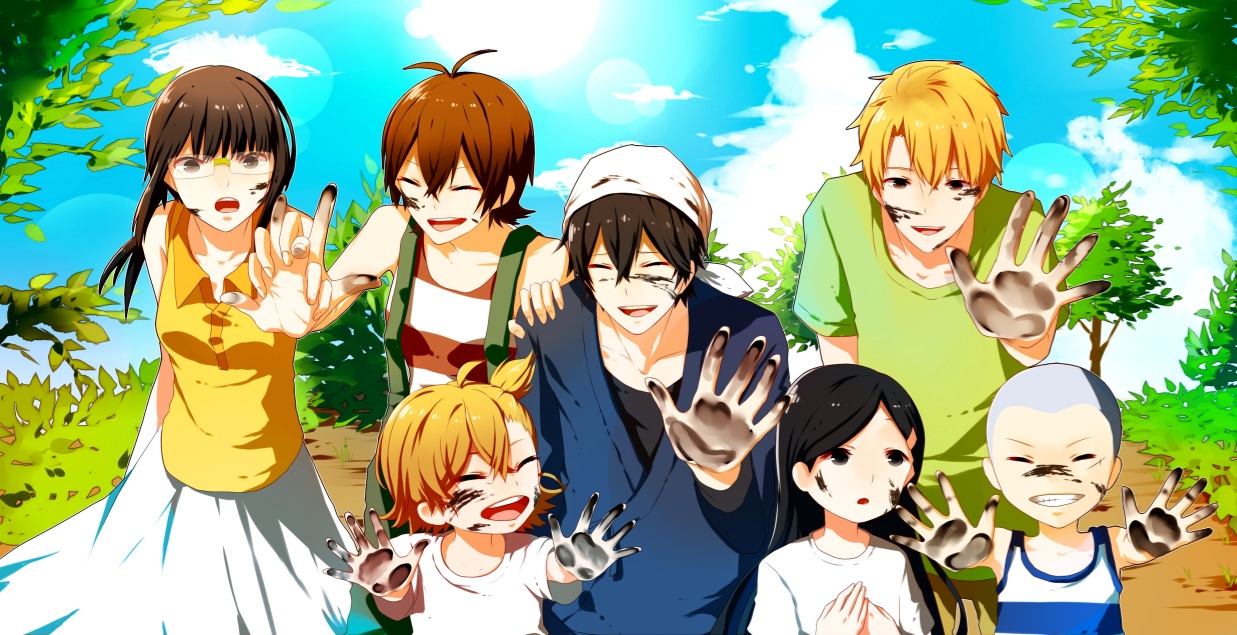 Animes about ambition are not unheard of. After all, a protagonist needs to have a goal, desire or wish for him to be worth watching. Agree?

Most animes we grew up watching involved battles with evil forces and unbeatable villains. Fans of B’t X, Thunder Jet, and Ghost Fighter can surely relate. While they’re uber-fun and exciting, none of them inspires us to work towards our dream. In short, they’re purely for ‘entertainment’.

As soon as you reach 16 or earlier (depending on your family background), you’ll find that giving up is way easier than chasing your ambitions. But that’s no reason to just yet (and retreat to fantasy world where you beat all sorts of monsters and beasts). These five anime shows will encourage you to reach for your loftiest dreams.

City-raised Yugo Hachiken wants to stay away from his strict parents. Confident that he can learn anything through diligent study, he goes to an agricultural school to study farming and raising livestock. To his surprise, he finds that life as a farmer is never easy. In fact, it’s filled with mud, shrieks, sweat, and tears.

Are you a fan of Death Note? This anime depicts the story of its creators, but here, their names are Mashiro and Takagi.

Mashiro aspires to become a great manga artist like his uncle, but he gives up this dream after he died.  However, Takagi, his brilliant classmate, discovers his drawing talent and asks him to illustrate his story. While he refuses at first, Takagi’s schemes succeed and he eventually agrees to work with him.  Naive and novice they may be, the two persistently juggle school work and manga projects to get closer to their goal, that is, to produce a popular anime.

What does it take to make it big in the music industry? Looks, talent, and hubris? Yukio Tanaka has none of them.

At 14, Yukio remains ‘uninteresting’. With a weak personality and a poor taste in music, anyone will perceive him as ‘boring’. Not until he meets Ryusuke Minami, a charismatic and interesting 16-year-old band member who came from US. The two click instantly and Yukio’s life has never been the same since – especially after he learns guitar-playing and singing, eventually joining Ryusuke’s band named ‘Beck’. It is a crazy, exciting ride from then on.

“If letting a child leave the nest will teach him how to fly, then surely it must be for the best.” -Seimei Handa

That’s what Seishuu’s father said. Sometimes, what an artist needs is a completely different environment to find inspiration. Some may understand this need but other people don’t. If you think you’ve lost your artistic ability (which I highly doubt), try to go some place else and meet new people. Even a kid could teach you something new and wonderful, just like what Naru has done to Seishuu.

5. Whisper of the Heart

This is a story about an aspiring writer and a determined luthier. No two persons have the same experience about how they reach their goals or fulfil their dreams. But they have the same beginnings – they listen closely to the whispers of their hearts.

Getting what you want – a house, a lifetime of travel, bliss or peace – may be nothing but a natural result of giving the best of yourself. Okay, preaching stops here. 🙂

PS. Don’t forget to share with me the anime shows that inspire you to pursue your dreams. And tell me why. I’d love to hear from you. 🙂