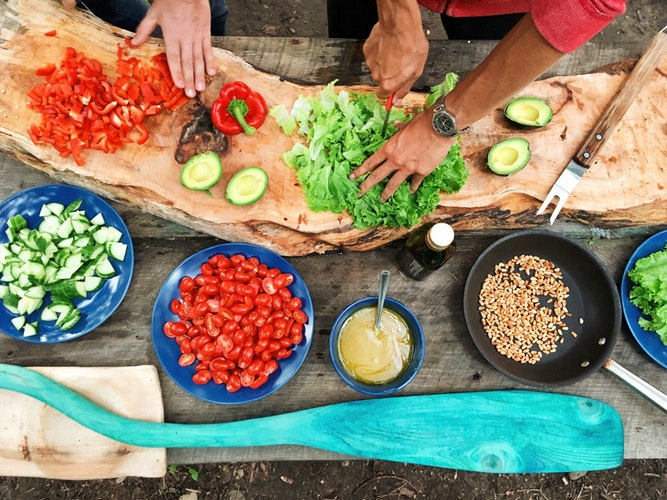 Yes, yes, yes. We need more men’s magazines that encourage the male population to prepare meals for their beloved. Because the hottest guys cook. Don’t you think?

A guy who can whip out a perfect omelet or egg and cheese sandwich in 10 minutes is a keeper. Or someone you’d want to keep.

Cooking is an innate ability. Those who haven’t learned how to cook had long been extinct.

That’s what Neil said. And I was just looking at him, grinning ear to ear. In my mind, I thought, they didn’t have to cook back then. There was no need to. They could just pick up a fruit or plant vegetables and eat them raw. See how many monkeys are still alive?

But I didn’t say anything. Giving Neil my undivided attention, I watched him as he flipped the omelet. Let’s say, I was enjoying the moment.

How did Neil end up cooking anyway? Isn’t this a thing every woman should do for a man?

It’s simple. I asked him a question this morning: “do you want to cook breakfast for me?” Then I punctuated it with my sweetest smile. He gave in.

Maybe it didn’t sound like a command. Maybe he was just generous this morning. Or maybe he’s just being his normal self: a man who loves cooking!

Last night while I was woking and he was playing an online game (during his downtime), I asked him to cook Instant Pancit Canton. I said it with no conviction, willing to do it myself if he said no to my plea. But he did it. And we shared and savored our super late dinner with gusto.

‘Guess I’m quite lucky. That’s the first on my gratitude list today. What’s on yours?

P.S. In my defense, I love to clean up after a meal. LOL. And I know how to cook. After all, I live with one who knows how to prepare fantastic meals.