Take a hint from this scene. 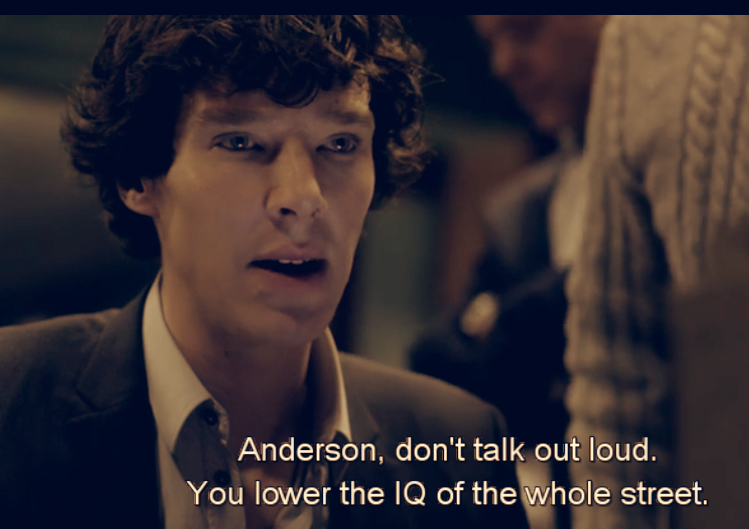 It’s so easy to fall in love with Sherlock. He has many admirable qualities: adventurous, brave, creative, dashing, eloquent, fashionable, gorgeous, humorous, and imperious. The last two traits, however, could be telltale signs that he would be a bad boyfriend.

Sir Arthur Conan Doyle blessed us with the classic story of an exceptional sleuth named Sherlock, who’s now adored by children and adult alike. BBC One has launched a modern version of Sherlock’s ingenious adventures and amazing deductions, chronicled by his best friend Dr. Watson on a blog. The phenomenal success of this crime drama series can be greatly credited to the brilliant creators, Mark Gatiss and Steven Moffatt, not to mention the awesome performance and tandem of Benedict Cumberbatch and Martin Freeman.

Now, back to your question, why Sherlock might not be the best boyfriend for you? Well, I want this answered, too, though it’s obviously geographically challenging to pursue my love for Sherlock. I watched the three series again to mine for answers from Sherlock’s own mouth.

Series 2, Episode 1: A Scandal in Belgravia

“I imagine John Watson thinks love’s a mystery to me, but the chemistry is incredibly simple and very destructive. This is your heart and you should never let it rule your head. You could have chosen any number and walked out with everything you worked for. But you just couldn’t resist it, could you? I’ve always assumed that love is a dangerous disadvantage. Thank you for the final proof.” 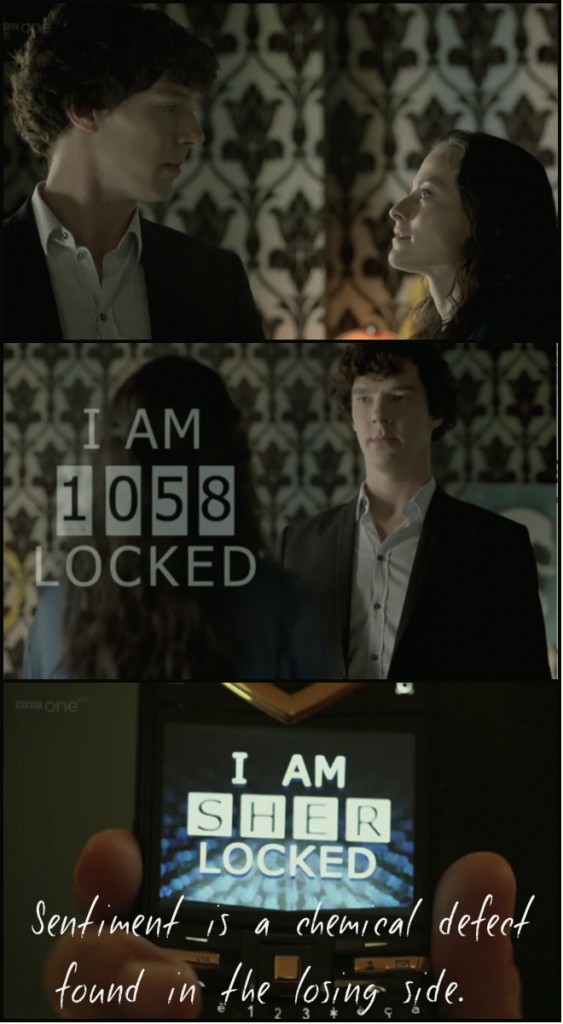 I am the most unpleasant, rude, ignorant, and all-round obnoxious asshole that anyone could have the misfortune to meet. I am dismissive of the virtuous, unaware of the beautiful, and uncomprehending in the face of the happy. So if I didn’t understand I was being asked to be best man, it is because I never expected to be anybody’s best friend. And certainly not the best friend of the bravest and kindest, and wisest human being I have ever had the good fortune of knowing.

John, I am a ridiculous man redeemed only by the warmth and constancy of your friendship.

But as I’m apparently your best friend I cannot congratulate you on your choice of companion (stops emphatically). Actually, now I can. Mary, when I say you deserve the love of this man, it is the highest compliment of which I am capable. 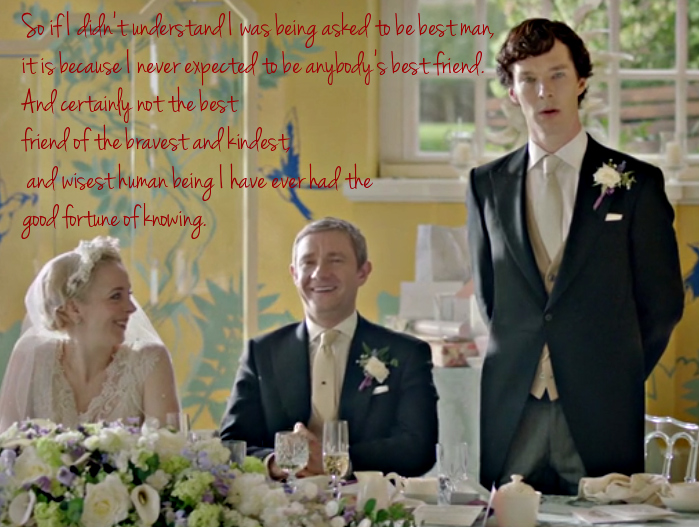 Sherlock would definitely make a bad boyfriend, but not the worst best man.

One Reply to “Why Sherlock Would Be a Bad Boyfriend”