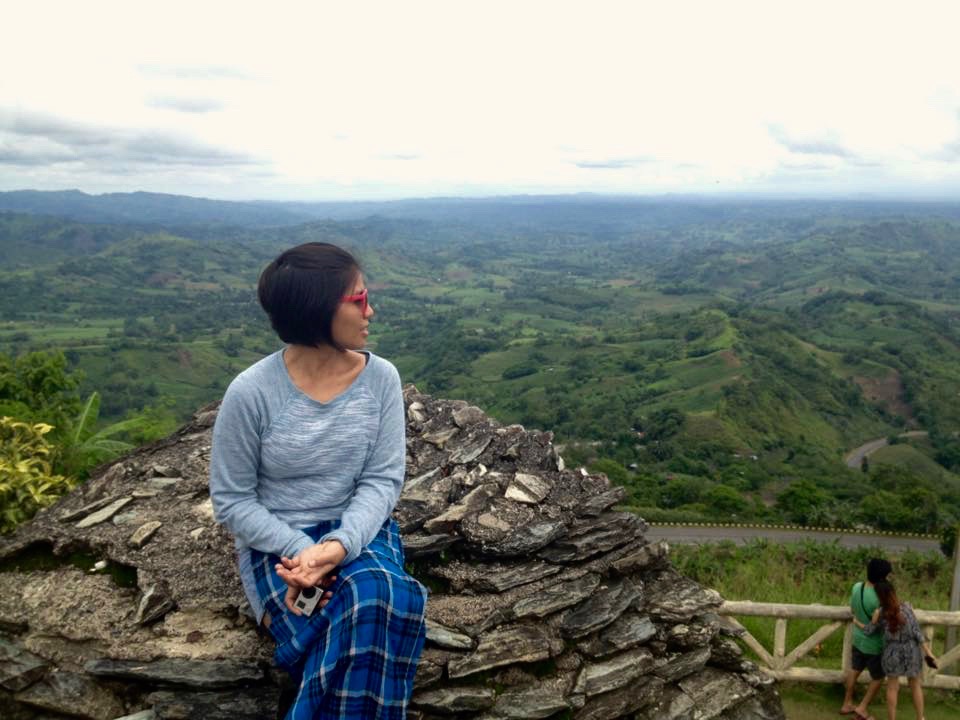 My good friend was tying the knot at her hometown in Bukidnon. So I got an awesome excuse to travel. The fun part is – it’s on the way to Dahilayan – the country’s longest zipline (once upon a time).

I was to read a passage and sing at her wedding along with a fantastic musician and friend, Liberty. Lee, the master videographer, Yaan, the assistant producer, and Kim, the groomsman and photographer, also traveled all the way from Cebu to attend the event – and partly – to fulfill the dream of a Dahilayan adventure.

Once known as the longest zipline in the Philippines (840 meters long), the Dahilayan Adventure Park attracts many tourists for its record-breaking and thrilling ride. 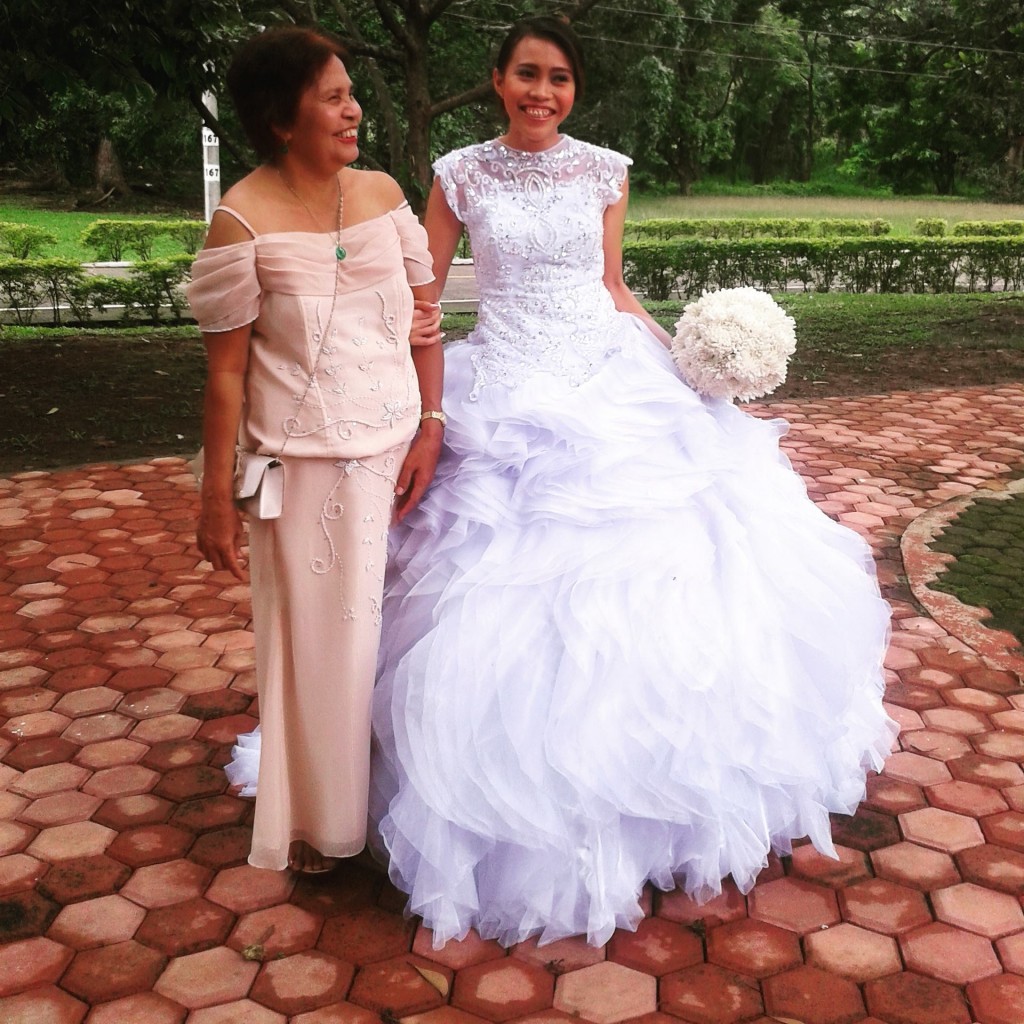 Jean, the gorgeous bride, urged me never to miss it. Everyone else agreed. After all, we traveled a long way just to get to Maramag, Bukidnon and it would be unbecoming for an ‘island trotter’ to say ‘no’ to more exploration.

Fear of Missing Out (#FOMO) was strong, but rational thought prevailed (at least for a few hours). As much as I wanted to extend my stay, a mounting to-do list awaited my return. Plus, a cancelled ticket would be a waste of money. And traveling for eight hours on a ship seemed unthinkable.

Besides, my main goal was to witness the gleam on Jean’s face as she walked down the aisle – that priceless, magical moment which happens just once in a lifetime. 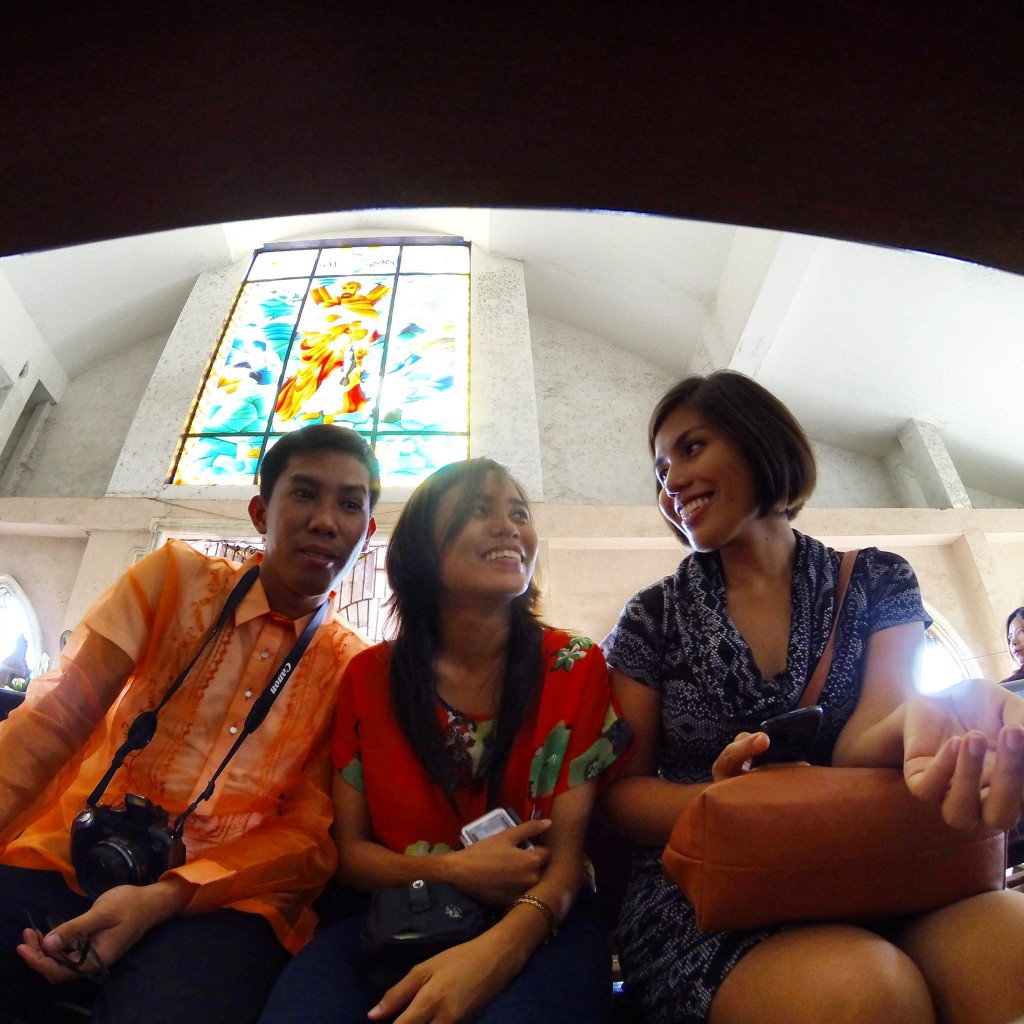 The night before the wedding, I made up my mind to leave the day after the event – on an early Sunday morning. They were all going back to Cebu by ship on a Monday evening, squeezing a trip to Dahilayan in the afternoon on the way to the port. (If you’re wondering why they chose to cruise, you’d be right to guess it’s because of the wedding gifts.)

So, wedding day came. The guest house was abuzz with preparation. Jean got through the pre-ceremony chaos with barely noticeable tension down to the aisle looking like a Disney princess. The image of her at the entrance of the church was – no,  it was breathtaking.

Mission accomplished, I thought, beaming as I watched her walk down the aisle. Then and there, I was pretty sure I would be able to leave in peace. 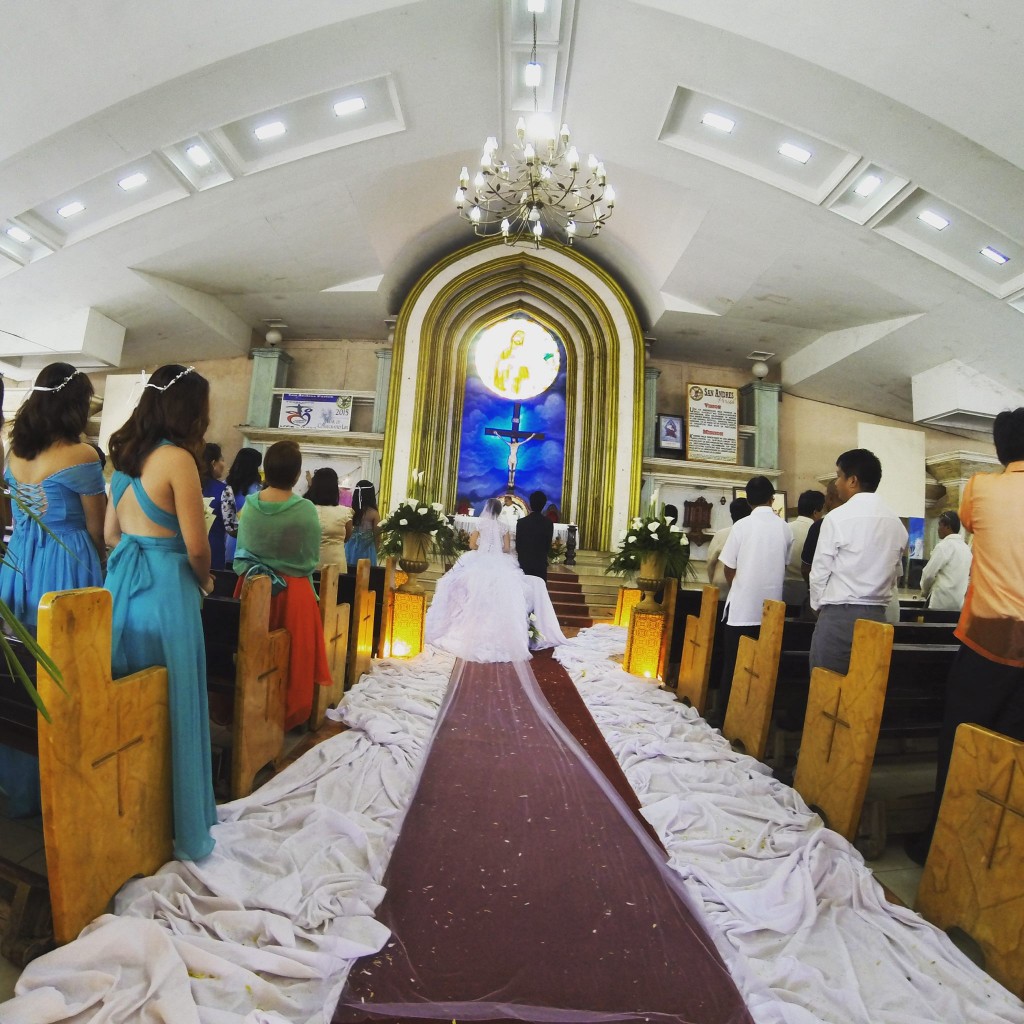 Well, not so fast.

Vows were exchanged. Guests were fed. Greetings overflowed. Fun and entertainment wouldn’t seem to end. Then, one by one,  guests started leaving. The moment of truth came.

Am I going with them to Dahilayan or not?

Conflicted, I called Neil for counsel.   He had lived in Cagayan de Oro City for more than 10 years so I thought he’d be the best person to ask. He said it’d be unsafe for me to travel alone. It’s always better to heed good advice – so I took it.

As soon as I hung up the phone, I told Jean I would come with them to Dahilayan.

I got extra cash and a very considerate manager (Shoutout to Kira!). Never mind the unused return ticket. Weeeeeeh!

Side Trips: Overview Nature and Culture Park and Camp Phillips

Jean’s father drove us to Quezon, Bukidnon to treat us to a spectacular view of the town below. 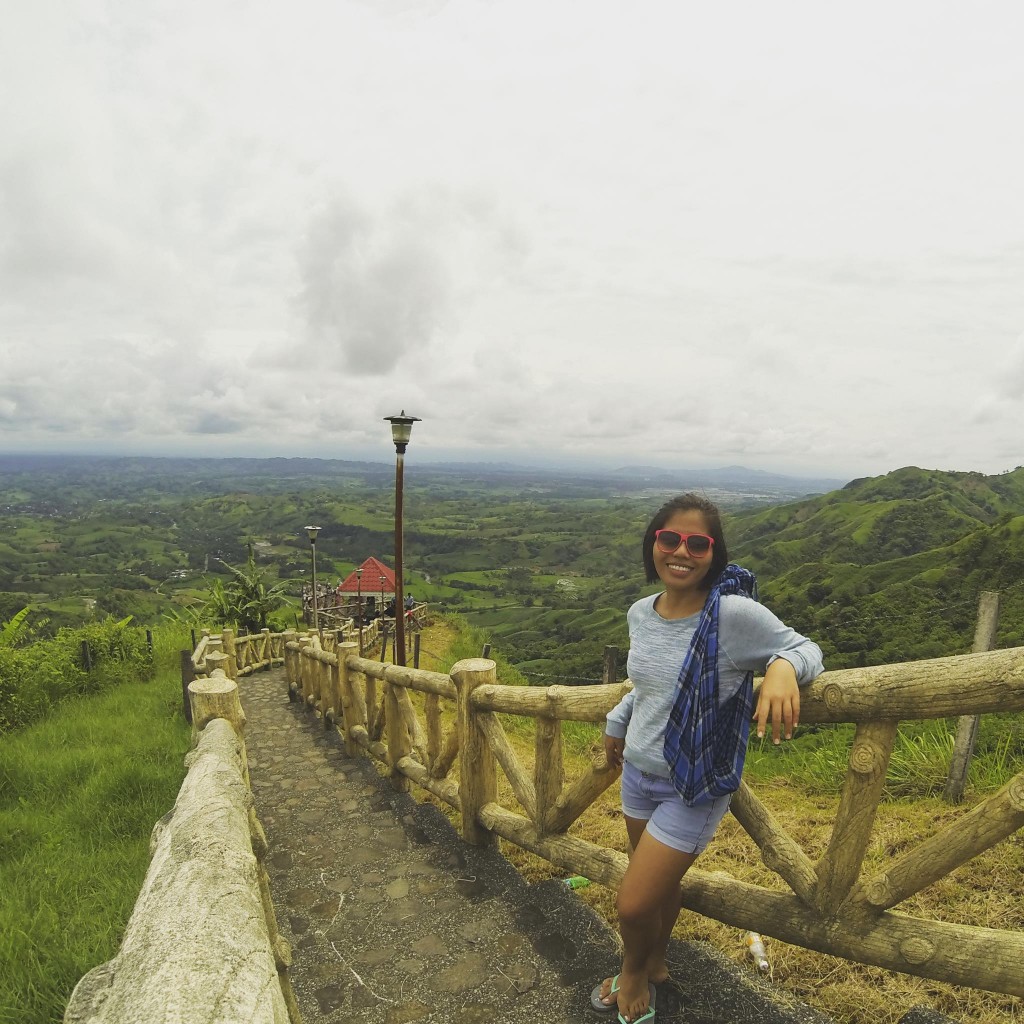 From the Overview Nature and Culture Park, one could see the snaking roads at the lower areas; the wide, sprawling greenery; and a few intriguing statues I supposed were crafted by locals to pay tribute to their ancestors and for tourists to marvel at.

The entrance to the park was free! It looked like Tagaytay’s viewing area minus Taal volcano and the lake. After taking a couple of pictures, we went back to the guest house to eat, rest, and eat (Oh, how many times did I say ‘eat’?). The newlyweds and Jean’s family were such generous hosts that I almost asked them to adopt me.

Monday came. We were awake and busy even before the sun peeped in. A long bus ride to Dahilayan Adventure Park lay ahead of us.

We sat in quiet anticipation.

The cheerful sun ruled Valencia, Malaybalay, but in Dahilayan, it was driven away by mournful rain and clouds. Plan A was plain dangerous to pursue – plus when we called, the staff said they were closed for the day due to bad weather. Plan B, C, and D were obviously in order.

B was Kampo Juan’s anicycle. C was the Pineapple farm in Camp Phillips. And D? Go to the port and wait until boarding.

But Kampo Juan’s anicycle was not available. That meant we could only choose from Plan C or D. To our relief, Camp Phillips was accessible rain or shine. So, off we went, leaving our things with Benjie (the groom) who offered to stay since he had been to the plantation before.

The motorbike drivers took us to the stunning pineapple farm and stopped by a tall pineapple statue and souvenir shop. We took tons of pictures, fooled around a bit, and went back to our rendezvous.

Whoa, This Ship is Huge!

Just between us, it’s been ages since I boarded a huge vessel.

Princess Paradise was the name of the last ship I remember  boarding from Cagayan de Oro to Manila, a trip that lasted for three days (back in 1996, I think).

Insane, I know. But my siblings and I had a helluva time there. Can I quote something here?

When you are a child, everywhere is your playground.

While on board that ship, I was feeling a bit dizzy. Maybe it was because of the cocktail I drank: nostalgia, glee, excitement and other emotions I couldn’t name at that moment.

Yes, Dahilayan and I were not meant to meet and it remained a dream to be chased. But if not for it, I wouldn’t have experienced again the ‘high’ of cruising – this time around – in the company of friends.

P.S. Dahilayan Adventure Park no longer holds the record for the longest zipline in the Philippines. That title now goes to Delta Discovery Park’s 1.3-kilometer-zipline in Butuan City, Agusan del Norte. It’s anybody’s guess who will steal the record next.

4 Replies to “The Dream of Dahilayan Adventure in Bukidnon”