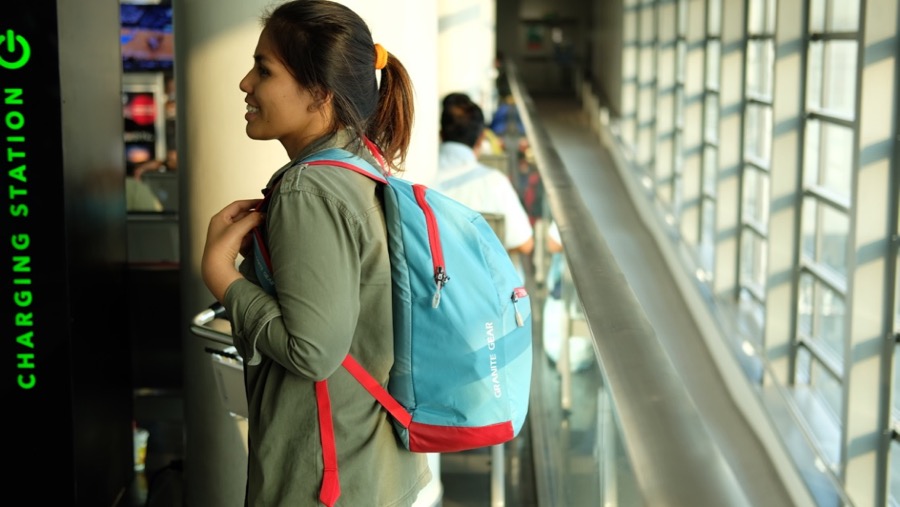 I was 11 the first time I traveled alone.  It was a two-hour commute via four different vehicles from Quezon City to Antipolo. I didn’t get lost, robbed, or scammed – all those times.

Now as an adult, I  get to explore more faraway places. But I’m no wiser. Some of my major travel mistakes happened when I was on a solo trip ’cause I had to stand on my own feet at all times. Instead of keeping these mistakes as my mental notes, I thought I’d share them with you so you can avoid the hassle or trouble that I had to go through.

1. Booking a hostel in Manila at the last minute.

It would have been way cheaper had I booked at least three weeks ahead of my trip. Also, I’d have more options rather than staying in a shady property in a location even someone from Manila would have trouble finding her way in and out of. After this Manila trip, I only book properties that are on prominent locations.

2. Choosing a hostel based solely on the price.

Without checking out crucial details such as location and type of crowd, I chose a lodging with the cheapest rate. After a meet-up with some friends from college, they dropped me off a spot near La Salle. Though Google Map was telling me I was pretty close to the property, I saw no sign of it. Only after asking several strangers did I finally locate the hostel. I entered the elevator and pressed a number to get to a shared dorm. Inside the elevator, I almost gaped at a muscular beast and a beautiful woman having sex. That was the painting on one of the elevator walls. (Too bad, I didn’t take a picture of it to show you.)

3. Getting ripped off in taxi charges.

While waiting at the shoddy reception area of the hostel, a man approached me, asking about my travel plans. Exhausted, I wasn’t in the mood for a chat so I got to the point and told him I was going to leave the next day and didn’t need assistance. He happened to be a driver and tour guide so I thought I could get a good deal for an early airport transfer the next day. But do you know how much he offered me? P500 for a trip from Malate, Manila to NAIA. While I agreed to it (to avoid more questions), I left the lodging early that evening and decided to stay in the airport – the safest choice, I thought.

4. Killing time by window shopping in the Mall of Asia (MOA).

I thought it’d be too early to go to the airport so I decided to walk around MOA to kill time. There’s a funny thing about willpower, it weakens as the night draws near. I ended up spending more while wandering inside the mall. Had I just stayed in that shady hostel and waited until my flight, I would have saved more money but I thought I’d rather spend more than stay in that uncomfortable, unpleasant place.

5. Sleeping in the airport.

You know how your ideas sound more brilliant in your head than in practice? I imagined sleeping in the airport was going to be simple and easy on my wallet. What’s so difficult about sleeping in the airport? Apparently, I think like everyone else. The floors and chairs were filled with passengers waiting for their flights. NAIA’s enormous halls were packed with people sleeping, clinging to their bags. Long story short, I ended up spending too much on food and beverages just to stay awake. I really didn’t see it coming.

Enjoyed this? Then read “The Ugly Truths About Weekend Travels”

On my trip to Legazpi, I made even more mistakes – from general to very specific errors in judgment. Failing to research the closing and opening hours of shops. Walking around at night. Not speaking the local language. Assuming everyone knows the tourist spots. Not planning for Mayon sighting for ATV ride. Eating at a buffet restaurant – alone.

Most of my mistakes can be boiled down to lack of preparation and mad search for the cheapest deals. I don’t like to be that kind of traveler anymore. I like tipping restaurant servers. I like to stay in a spotless, warm, and safe place. I want to relax during my vacations. So the next trips that followed my misadventures in Manila and Legazpi were more smooth-sailing. I had misfortunes but I controlled many aspects of my succeeding trips.

I guess you’ll learn over time, too. You can take a crash course in traveling by reading up about other people’s experiences. If you get in trouble even after thorough preparation, it wouldn’t be as disastrous.

What are your worst travel mistakes? Tell me about them in the comments below. Thanks!

No comments yet
travel mistakes travels