George R. R. Martin’s A Song of Ice and Fire novels were ambitiously serialized by HBO TV in April, 2011. Who’s George R.R. Martin? Is he an heir of the high fantasy guru, J.R.R. Tolkien? Maybe they’re not linked by blood, but both came up with memorable characters, plots, and dialogues that never cease to amuse fiction fanatics.

Game of Thrones (GOT) is a medieval fantasy series depicting wars among nobles, royal families and their supporters in pursuit of the iron throne. If the Lord of The Rings (LOTR) is filled with fantasy, GOT is ironically oozing with realism. Anyone expecting magic, miracle or a stroke of luck in favor of the protagonists will always find himself disappointed. In GOT, most characters are driven by the lure of lust, power & luxury. The few good ones are outnumbered and sadly, most of the time, outwitted.  GOT is an awesome treat for action, drama and fantasy series freaks. 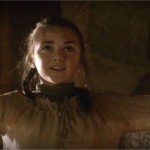 Maybe you’ll notice Arya Stark first. She’s the youngest daughter of Lord Eddard Stark who rules the Winterfell. She sucked at sewing and knitting, perhaps even at fine dining and cooking (shocks, I can relate.) Yet she strives to be the best archer and sword-fighter even beating her younger brother, Bran. I remember Arya most for the line her sword-master, Syrio Forel, taught her: “What do you say to the god of Death? Not today.” 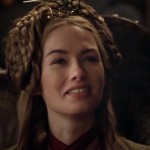 The beautiful and cunning Queen of the Seven Kingdoms, Cersei Lannister, will emerge as a hateful villain. During the first episode, her incestuous relationship with her twin brother, Jamie Lannister, will be revealed. Aside from the veins throbbing her forehead, she’ll be noticed for her calculating remark, “Everyone who isn’t us is an enemy.” 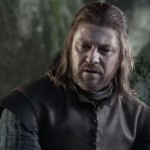 He was the first actor I recognized. The Boromir of LOTR yet Eddard Stark of GOT. How can I forget the lines he threw Frodo? Anyway, in this series, he gets to take a leading role being the head of his household and a leader of Winterfell. He’s an important cast in the story and the first to pull drops of tears from my eyes. 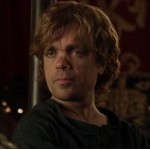 Tyrion Lannister was given ample time to develop throughout the series. He piqued my interest for his unexpected introduction on the first episode. Kids should not watch GOT until they’re 13 because of Tyrion. Pervert, intelligent, humorous and kind, this dwarf will soon win your heart if you aren’t wary. See, I just warned you not to look at him closely. He’s really a lovable character George R.R. Martin wisely invented.

I pitied her most at the beginning of the series. Forced to have sex with Khal, a powerful leader of a tribe, in hopes she’d be able to regain their home, Khaleesi suffered both physical and emotional pain daily. Her face deluged with tears was unbearable to look at. Yet she managed to help herself by learning the art of lovemaking from her brother’s slave. At the end of the first season, she emerged a powerful heiress as she successfully defied fire hence beginning a thrilling fantasy worth looking forward to on GOT Season 2.

One Reply to “Game of Thrones”