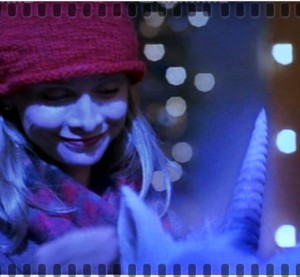 Legend has it that those who have seen or who will ever see a unicorn share some of its traits – it’s lonely… with a virtuous heart. As Billy in Ally Mcbeal’s Season 2 Episode 10 pointed out:  “The unicorn is a lonely, solitary creature that symbolizes hope.”

It could be a delusion. A harmless hallucination. Or perhaps, it’s true. Who can actually prove its existence? But this is not the reason I am compelled to write about it.

You can read my thoughts. It’s because of Christmas. For the first time, Billy touched me by the way he defended the man who claimed to see unicorns:

“My client sees something nobody else saw, and the automatic presumption that if it can’t be seen, it’s not there, it isn’t real. Well, you know what, I think we all have a problem. Personally I think he hallucinated. He was depressed. It was Christmas time. A unicorn is a lonely, solitary creature that symbolizes hope, and I would think of all the hallucinations, Your Honor, hope would have to be one of the better ones, and as long as he isn’t hurting anyone, and he isn’t, who are we to say where he can look for that hope, who are we to say what he’s allowed to see ? We all want to be happy. Different people get there different ways. (to JP) So you can never see unicorns. Good for you, or maybe not.”

May hope continue to live even in the heart of the earth’s loneliest creature. Please have yourself a merry Christmas.