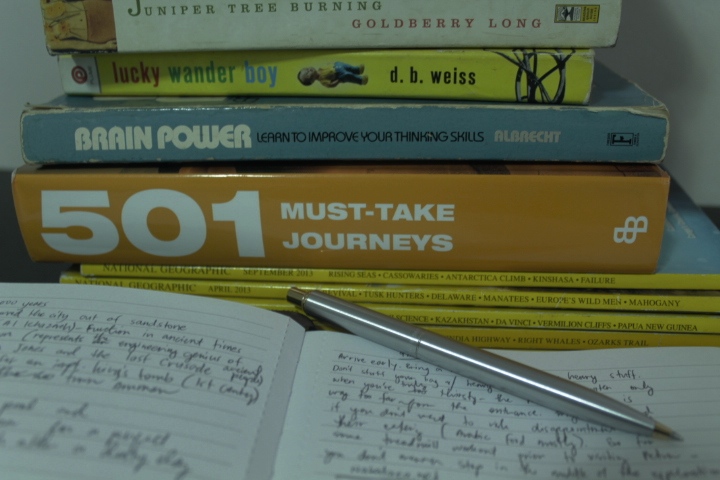 It started out when I sang “That’s the Way It Is” during the last company event I attended. My special number in the program surprisingly reaped many claps, bravos, and cheering smiles. It was partly to give way to my pride and to show off a talent I’ve hidden from my colleagues for more than three years.

After the performance, I came back to my usual unnoticeable appearance and worked like a machine – except the smile that I couldn’t help from flashing. That evening, when I was waiting for a cab carrying all my luggage and a box my boss asked me to keep, a 40-something, red-haired woman approached me in a distinctly high and cheery tone: “Would you like a ride?”

With all the things I had to bring with me, I couldn’t refuse her invitation. “Are you sure it’s okay?”

“Of course. Just tell me the nearest landmark to your home.”

“All right. But it’s still early. Why don’t we have some coffee first?”

“Let’s walk by the beach and pick a spot with the best view.”

She picked a cafeteria serving salad and probably some Lebanese dish which I didn’t have the chance to check. I ordered a caesar salad and a cup of latte. She ordered a sandwich then we resumed chatting:

“So what are you going to do in the Philippines other than meet your family?”

“I will go back to school to study writing.”

I smiled. Then our food came.

“I suppose so. You seem happy with the decision.”

“I couldn’t be happier and the job pays well. By the way, you really sing very well. Would you like to practice singing along with the piano?”

“I didn’t know you already bought one for your home. That idea sounds fantastic.”

“We could go this Saturday if you’re free.”

We consumed our snacks and walked back to the hotel to get her car when suddenly, an idea hit her.

“Would you like some wine since it’s probably the last time we’ll ever go out together?”

“But you’re not allowed to drink if you’re driving.”

“You’ll drink some champagne or other wine you like, I’ll have something non-alcoholic.”

“Sounds good. Where are we going?”

“Let’s check the Belgian Cafe and see if they have some good live music.”

As soon as we entered, a jovial manager greeted us like we were his long lost friends. My companion couldn’t resist his charisma.

“If we could sit next to handsome guys, we might stay til morning.”

I chuckled at her suggestion. The manager gave specific instructions to the hosts to place us where there are good-looking men. A task that proved truly tough for the bar only had handsome men clad with pretty girls – left and right.

“We should get the menu and check.”

“Give us two glasses of bloody mary.”

“Vodka, tomato juice, and some spices for flavouring.”

Before our drinks even came, three ladies veiled in abaya occupied the table to our left. One removed her head cover and let down her beautiful, wavy, long hair. This act shocked my companion. She looked at the girl with questioning but smiling eyes. Then she spoke Arabic to her – gibberish to my ears until she translated.

“I asked her where she’s from and who are the ladies with her.”

“Yes. Those girls with her are her sisters. They’re here to look for fitting partners.”

Then a man with a bulging tummy, very fair complexion, and red cheeks from drinking (I surmised) came to their table and started flirting. He’s probably an American by the way he spoke and by his inability to speak Arabic.

“I don’t like him so I gave him my fake number.” My companion translated what the girl whispered to her.

It was getting late and my body was aching to meet my bed so I politely asked my friend if we could leave. After checking her watch and paying the bill, we went out of Crowne Plaza and waited for her car. All of a sudden, the three girls reappeared, still giggling, but at that time, I could see their gowns inside their abaya except for the university student wearing glasses. She seemed to be just the driver of her two perky sisters.

“You’re so lucky she’s so funny.” The girl with the gorgeous hair told me.

Then she continued chatting (in Arabic) with my friend and eventually left her contact number and bade us goodbye when their white, tiny car arrived.

“It’s very strange. Those ladies don’t go to bars to look for husbands. It’s against their culture and tradition.”

“I find it queer, too. But it’s cool to see them smiling and hanging out with tourists just like ordinary women. It’s liberating.”

Then her car came. The longest date ended and I met my bed.