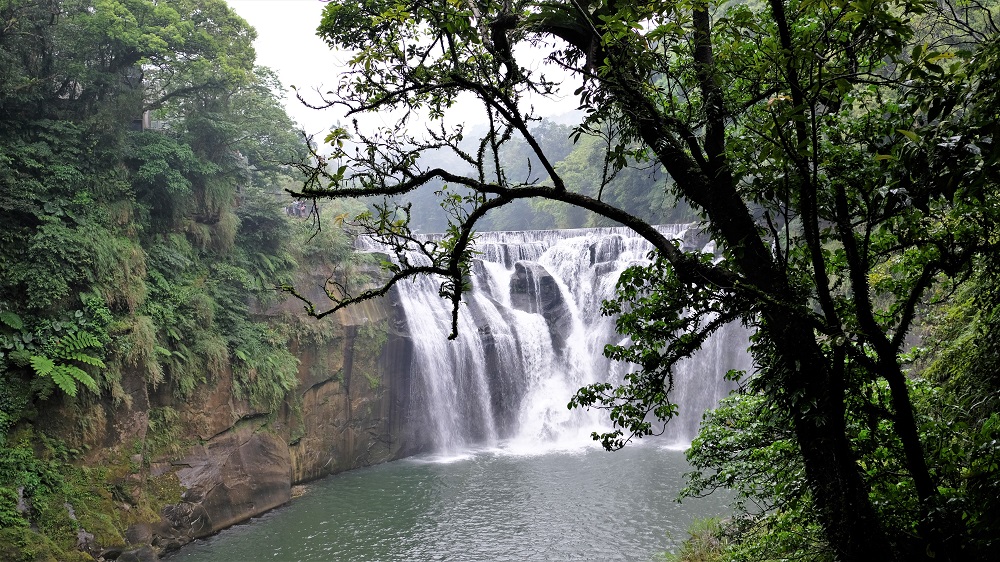 If you’re in a typical 9-5 job, the question isn’t how many days you need to see Taiwan, but how many vacation leave credits you can spare to see Taiwan’s top attractions. Mine happened to be just 3 days. If you’re in the same boat, here’s how to squeeze in the best sights in a country that brought us the unforgettable Taiwanese drama series, Meteor Garden.

For 47 years, Chiang Kai-shek ruled in the Republic of China (Taiwan) and he’s considered as one of the country’s greatest leaders. There are two levels inside, the ground floor that serves as a museum and library, and an upper level floor, which houses the huge statue of the general. This memorial hall is flanked by the National Concert Hall and the National Theater. Be sure to take some snaps of them, too. Fun fact: the stairs have 89 steps – yes, each side – to represent Chiang Kai-shek’s age when he died.

Jioufen or Jiufen is best known for shopping, but you’re welcome to admire the scenic views of Taiwan below this mountainous town. Souvenir hunters are up for a challenge finding the best bargains at a long, narrow shopping alley. Guides would tell you that this place first became popular when gold was discovered here in 1893. Fans of Spirited Away, the award-winning Japanese animated film by Hayao Miyazaki, are also drawn to Jiufen to explore its palpable similarity to the movie’s setting (i.e. buildings, roof designs, stairs, alleys, lanterns, etc.).

Travelers with a penchant for crossing hanging bridges are in for a surprise on their visit to Shifen. The fastest way to Shifen’s famous waterfall is only through this bridge, giving you a jolt of excitement prior to seeing the main attraction. The bridge vacillates so walk slowly if you have fear of heights, just like me.

If you’re like me who has never been to the Niagara Falls, you have to be patient with tour guides who insist that Shifen Waterfall is its Asian counterpart. True, the cascade is wide (it’s the broadest in all of Taiwan) and majestic, but it doesn’t need the comparison to the American/Canadian falls to justify a visit. Enjoy the views at varied overlooking areas and don’t be disappointed if you’re not allowed to swim here.

More than 300 years have passed and Longshan Temple still stands to serve Confucianism, Taoism, and Buddhism believers — yes, it accepts even visitors who are not believers of these religions. This temple survived the worst bombings in 1945. Local residents are in charge of its upkeep and it’s been maintained only by their donations, which only proves their undying devotion.

Finding your way to the Longshan Temple presents plenty of surprises, including this alley along Bopiliao Old Street, where Taiwanese architectural styles of a bygone era can be glimpsed. While exploring this historic street, you can linger a little bit at Weiling Alter, a Taoist altar or religious center that’s been around since the Japanese era.

When artists in Taipei couldn’t suppress the urge to vandalize buildings, they do it in style. This bold street artwork, for instance, can be found along KangDing Road, which was conveniently located near our hostel and Starbucks. Bricks as building materials are also in fashion in this part of Taipei, which are a welcome sight compared to the drab gray buildings in most modern cities.

Speaking of modern buildings, Taipei 101 is certainly among them. Built in 1999, this blue-green glass building was the world’s highest for six years (2004-2010), until Burj Khalifa came into the picture. The observatory is located on 89th floor (but you can go all the way up to the 91st floor). The entrance ticket costs about US$ 17.25. Can you imagine climbing the stairs up to the 91st floor? There’s a real contest for that: Taipei 101 Run Up.

10:30 AM – 11:30 AM – Take the express Airport MRT from to Taipei Main Station. From here, transfer to the commuter train line & take a ride to the station near your hotel.

Day 2 – Day Trip Out of Taipei via a Coach

If you’ve booked a hostel/hotel near Ximen Station, check out the surrounding areas for street art, Longshan Temple, and historic alleys such as the Weiling Alter. Then, go back to Ximending shopping district once again for last-minute gift-shopping before your flight back to Cebu.

Visa-free entry to Taiwan (for Philippine passport holders) has been extended, so take advantage of it by planning a trip to the country now.

I hope you enjoyed this visual tour of Taiwan. I wish to visit the country again, especially the wonderful sights outside Taipei.

What about you? Which Taiwan attractions are you looking forward to visiting? Share them in the comment section below.

One Reply to “How to See Taiwan in 3 Days”