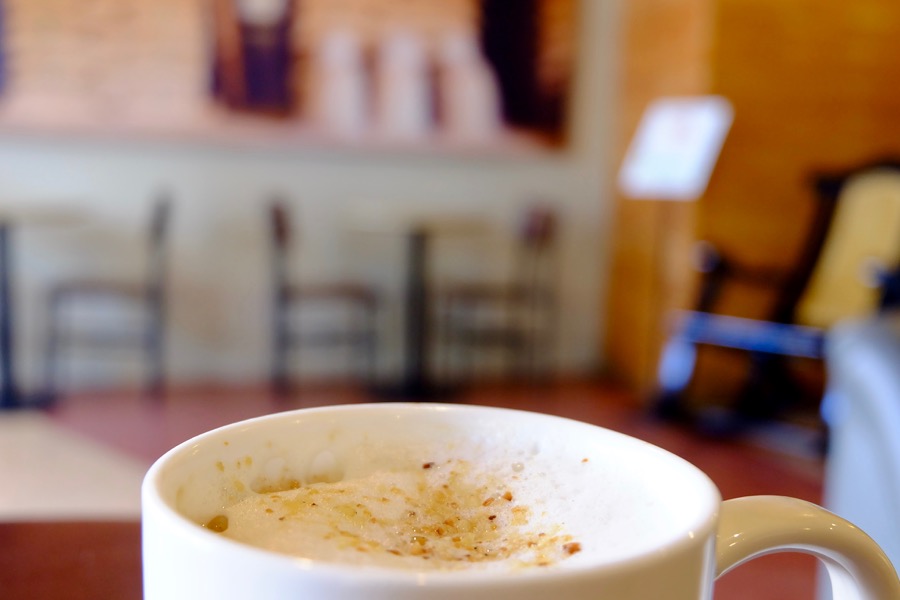 In Legazpi, I had to opt for a cup of cappuccino instead of the sacred, plain brewed coffee.

That’s because I was intrigued by the taste of pili nuts as coffee toppings.

But more than the pili-flavored coffee, I learned more about Legazpi’s coffee culture. 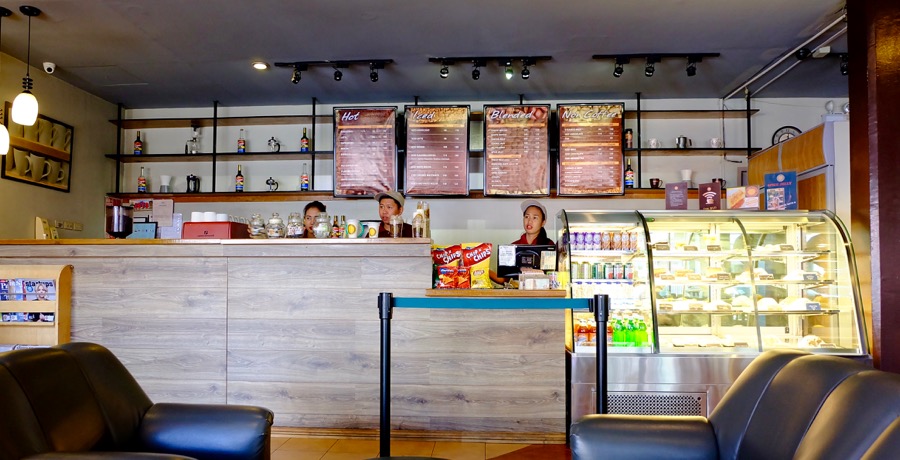 Unlike Cebu City, Legazpi City has fewer coffee fans. Why did I assume that? Let me continue.

I live near one of Cebu’s biggest universities, San Carlos Uni Talamban, and here, coffee (and tea) shops crop up at every corner. If I’m bored with nearby cafes, I just have to walk a little bit to reach another coffee street, A.S. Fortuna, where Coffee Factory, Coffee Prince, Starbucks, CBTL, and Bo’s Coffee line up to serve sleepy BPO workers, executives having lunch meetings, and digital nomads searching for a decent wi-fi. Don’t get me started with cafes in IT Park Cebu and Ayala Mall.

That was my basis. As you can see, I was expecting Legazpi to be a little bit like Cebu. But it’s not, and it doesn’t make sense to compare them. 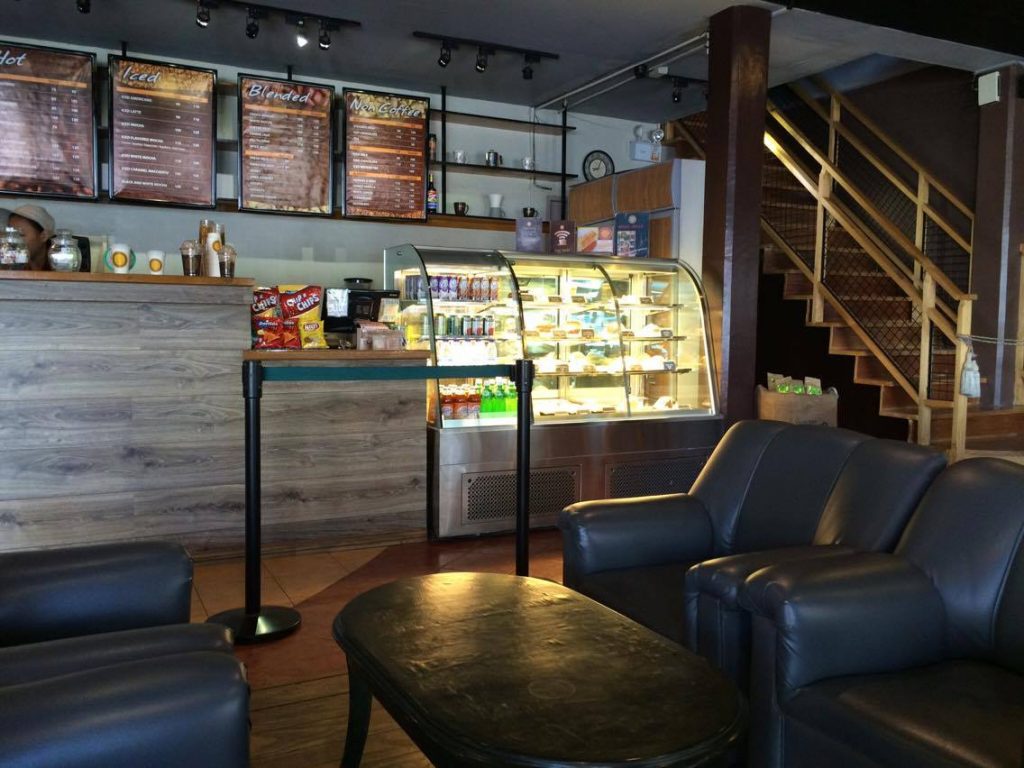 Unlike its more popular Embacadero de Legazpi branch, this one is located near colleges and universities such as Divine Word College of Legazpi, STI College,  AMA Computer University and Bicol University Main Campus.  According to my notes, the other coffee hangout around the area was Bicol Blends Cafe, but it was closed permanently as I would discover later.

Anyway, I asked the cheery baristas of La Mia Tazza for a cup of pili-flavored coffee, paid 130 pesos, and settled in a comfy chair near the door. I looked around and found just one girl reading her thick textbook while texting on the side. Amazing multi-tasking, I mentally noted. 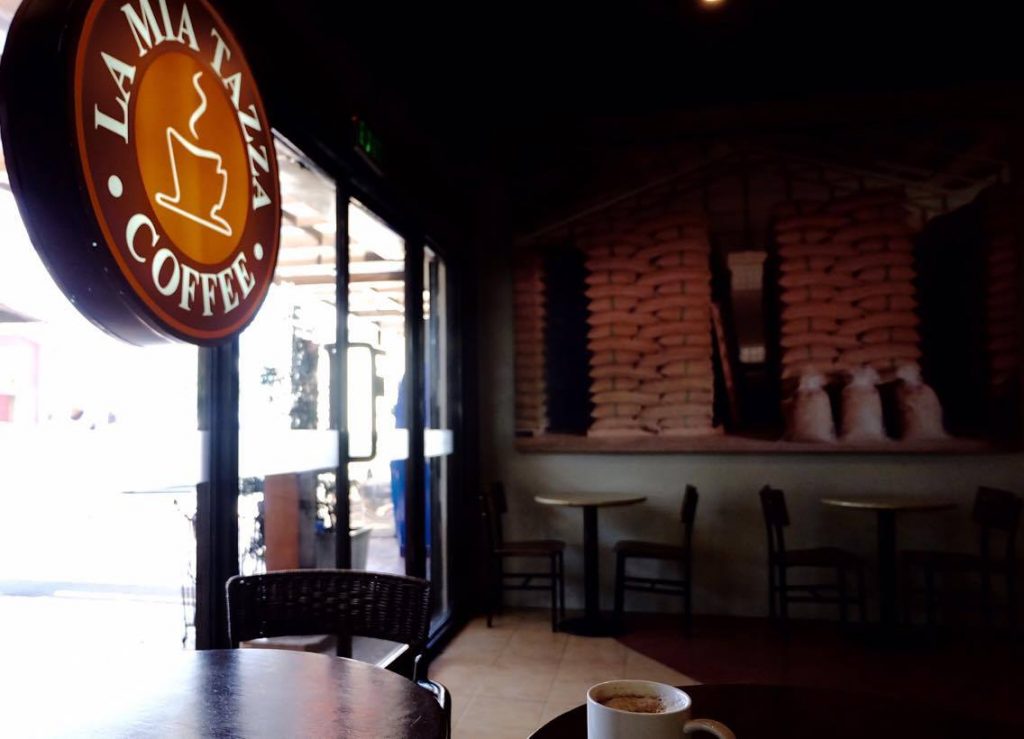 When my order arrived, I began sipping my first-ever pili-infused cappuccino. While dissecting its flavors, I had half a mind to dig into their glass-cased confections but quickly rejected the tempting idea. It was gluttony to eat anything after a hefty breakfast at Jollibee, located right across this shop (it’s how I found La Mia Tazza, actually).

So, impressions. The pili coffee tasted like the standard cappuccinos I’ve tried before, sweet and creamy, but the pili nuts added crunch (and punch) to it. Because of the rich texture and subtle notes from the nuts, it was an enjoyable, uniquely Legazpi drink worth trying.

You can also order a frappe version if you want it cold, I bet it would taste the same as the cappuccino. 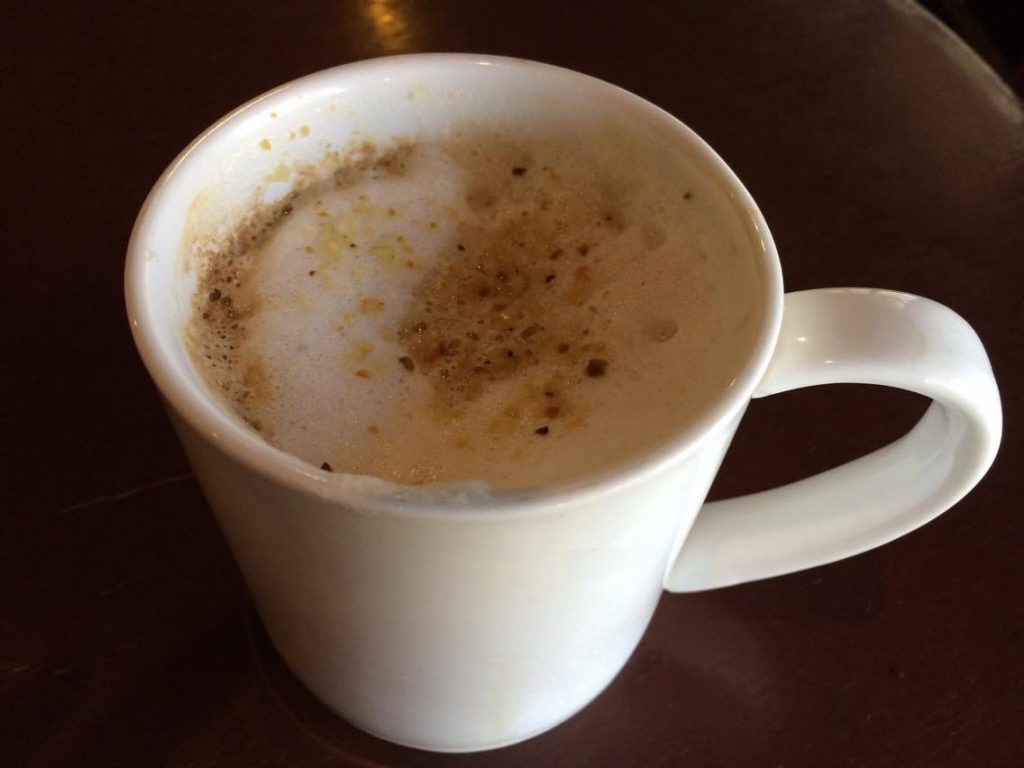 When I visited in April, the place was not crowded (maybe because of school holidays). They have a nice jazzy background music, sans the lyrics, giving the place a chill vibe. Decors can be improved starting from the choice of seats and tables to the painting on the wall.

If it’s not hot and you want to smoke, they have an Al fresco area or if you need a quieter space for a group meeting, the shop has more tables and chairs upstairs (but they were not open when I was there.)

I hope this venue stays open and becomes a more vibrant coffee hangout for locals and tourists alike. May it encourage competitors to set up more boutique coffee shops  around the area. Keep it up, La Mia Tazza and cheers to a brighter brewery scene in Legazpi when I return.

2 Replies to “Pili on Coffee Made Me Try Cappuccino at La Mia Tazza, Legazpi City”