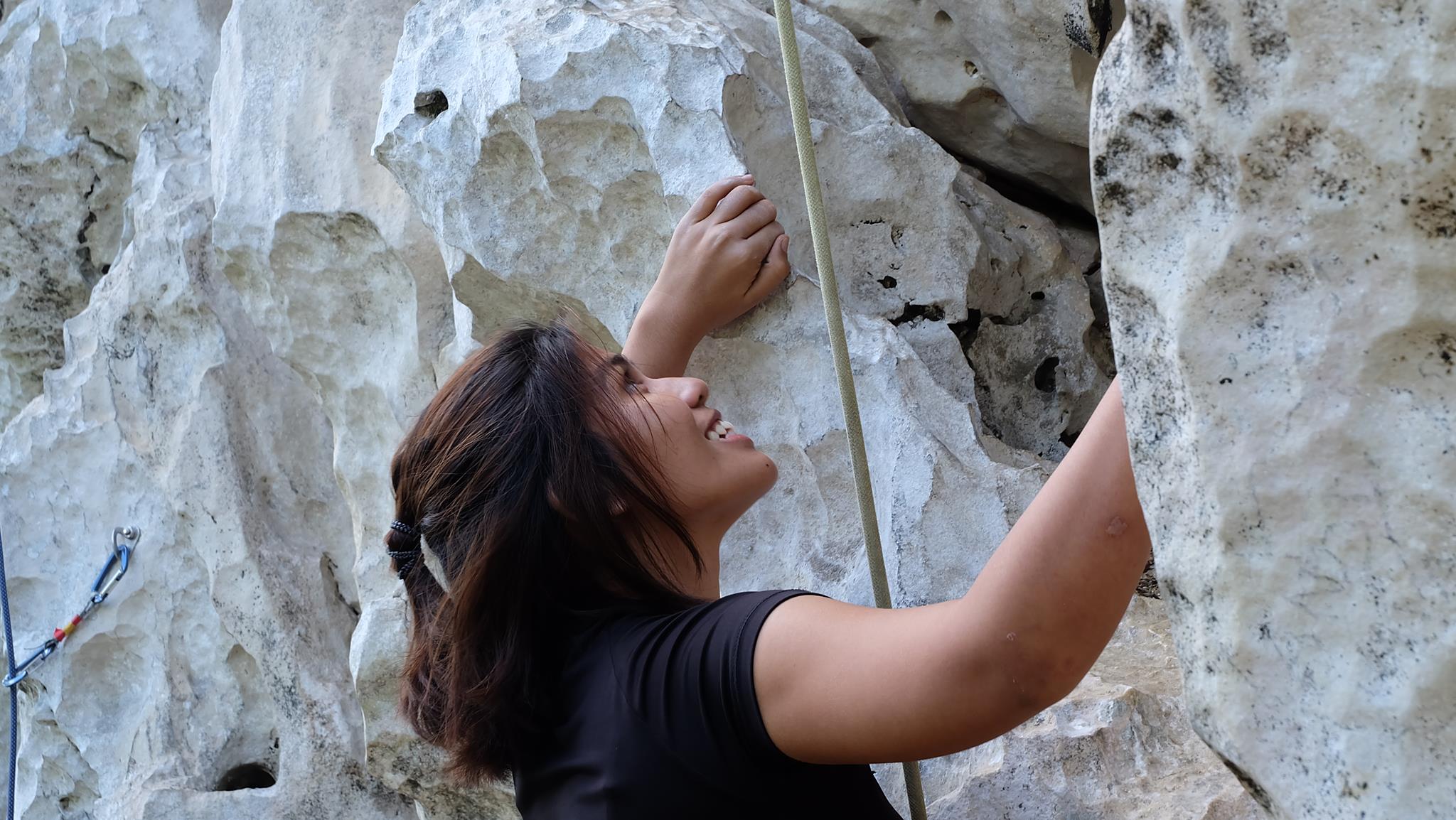 I’ve seen how first timers at rock climbing succeed at their initial attempt.

I call them ‘rock stars’ because they’re rare and  amazing.

And I’m oddly proud of and delighted by their achievements – though I did nothing to help them. Look at my facial expression in this picture.

I’ve also seen how some beginners quit halfway to the goal on their first try (and even after the second one).

It pains me to admit that I’m one of them.

But that’s the plain truth. 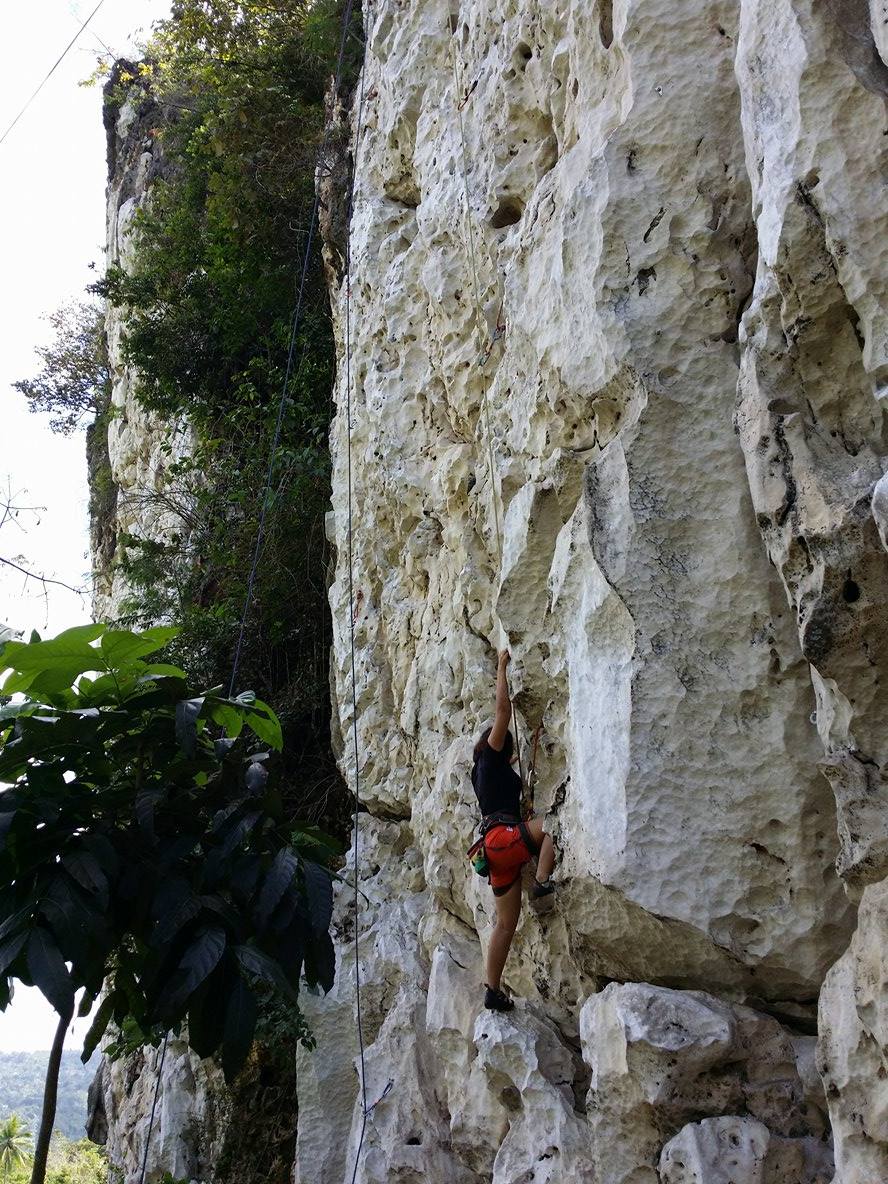 Good balance, flexibility, trim figure, or a generally fit lifestyle can help a great deal in this type of activity.

Perhaps a good warm-up session would have made it easier, too.

But I’m scarcely qualified to say so.

What I only know is that my mind and body gave in to the strain that weighed them down.

Last night, I replayed in my head the scene at the cliff of Poog. Erase that. To say ‘replay’ means I have ‘control’ over these thoughts. I have none. They just come back whenever they please.

Even the dinner conversation was about me – processing why I couldn’t get past the second stage of the route. Selfish, right? It’s comforting that Neil knows me so well.

Gently, he said something about me being too calculating and too careful.

In my mind, I protested, ‘nothing’s wrong with protecting yourself from falling.’

Unless I come back and try again three months from now, doing things differently next time, I wouldn’t know for sure what was missing in the first climb.

I have far too many factors to consider.

My flexibility, sense of balance, fear, focus, perseverance, and creativity. In short, my physical and mental preparation.

These are issues I’d rather deal with first before I attempt another climb.

No longer will I underestimate a rock.

No more will I believe that if others can do it without training, so could I.(Though I seriously doubt they were able to do it without preparation.)

Reaching the summit is no easy feat.

Ask other beginners and each would have their own version of how they have made it to the top.

No paths to success are ever the same but everyone surely struggled at the beginning.

Lastly, fight the urge to beat yourself up if you don’t make it to the top the first, second or even the third time.

If you’re like me with less pride, give in to a good cry for release.

Remember, the game isn’t over until you reach the goal -to kiss the anchor. It’s your own battle to win.  I tell myself the same  and I’m really thrilled to try it again.

P.S. I didn’t mean to be a buzzkill for shedding tears out of frustration.  Before we left, I took a picture of the crag and said to myself, ‘you won’t defeat me next time, crag. Wait for my return.’

P.P.S. This post is by no means a campaign not to try climbing. It’s actually the opposite: it’s an invitation to go try and test your limits. Top rope climbing is safe as long as you listen to your guide.  If you wish to see how far you can go, contact Sir Enie Yonson (0948-7124875) for rates (the more people there are in your group, the merrier, and the cheaper it’d be).

P.P.P.S. Rock climbing newbies can learn so much from Adrenaline Romance’s intimate knowledge of Poog Crag and their extensive guide on how to behave during the first climb. These posts are a must-read.

10 Replies to “Confessions of a First-Time Rock Climber”