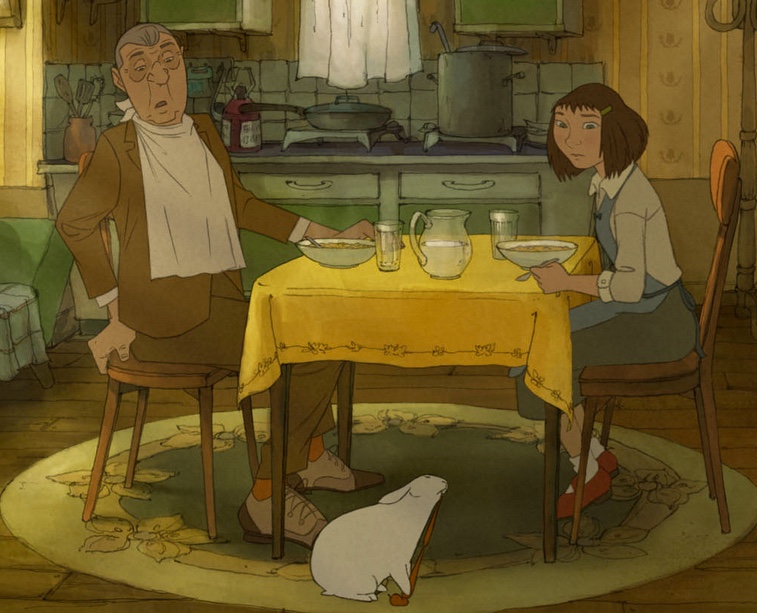 Will a girl revive zest in a long, drab life of an obscure magician?

A senile illusionist finds himself in an era where everyone seems mad of rock and roll, fashion, and gadgets, ergo, magic ceases to amuse. Often performing on a scanty audience, he finds himself jobless in the cities, forcing him to travel to a distant village where he meets a young lady, who instantly becomes his first avid fan – and twists his life a bit.

More was said in few, hardly audible words. The film insists neither gloom nor doom, instead it subtly paints the fate of most magicians when the art of illusion fails to capture people’s interest. The illusionist will never have found himself unemployed as there were small job offers he gets after each search if not for his aged bones, wounded pride- and stabbed heart.

A truly thoughtful choice of dull colors to depict scenes where magician casts faint, struggle, sink and fall away. Oddly, the movie didn’t make me cry, rather I found myself slipping into reverie. I particularly liked the scene on the picture above. Kudos to Sylvain Chomet and fellow magicians for crafting an indelible tale worth every minute spent.

Watch it if you’re tired of the noise within or outside your head, then don’t forget to tell me what you think of it.