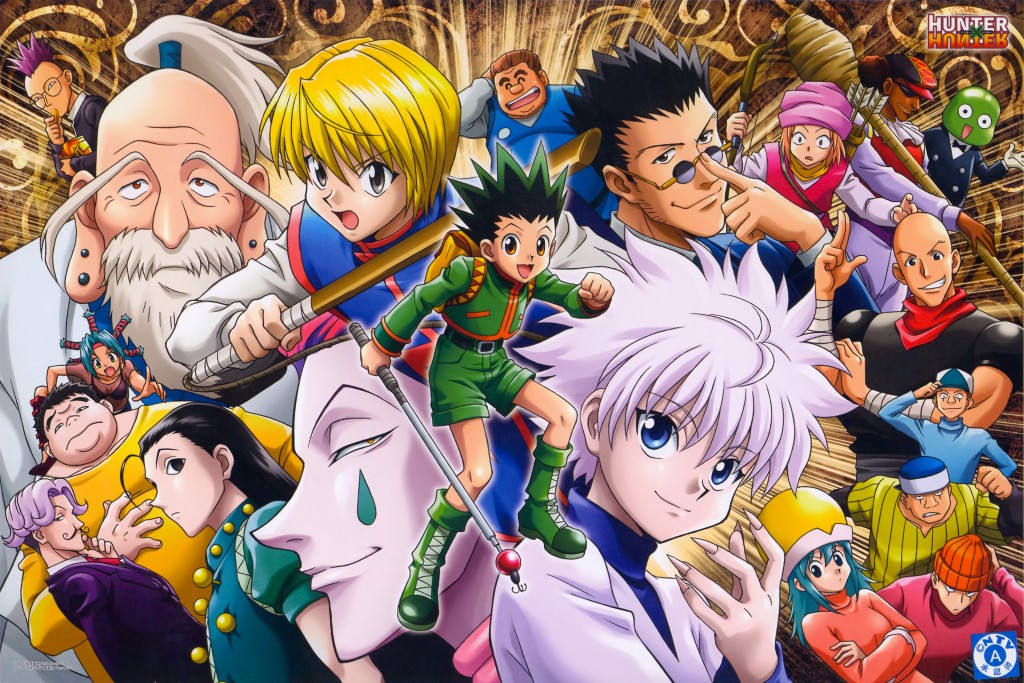 Tired of the usual, repetitious and routine battle-fest?  Hunter X Hunter, another lively and imaginative work of a genius, offers nothing but fresh battles, never-before seen combat styles, and endearing characters you won’t surely forget!

In search of his father,the best hunter who ever lived, Gon went through a series of odd and exhausting tests that strengthen both his psyche and physique. Along his journey, his newly-met yet real friends, Kurapica, Leorio, and Killua worked side by side with him to obtain the prestigious hunter’s licence.

For a start,Yoshihiro Togashi explained the concept “hunter” as special breed, dedicated to tracking down treasures, magical beasts, and even other men. Such pursuits require a license, and less than one in a hundred thousand can pass the grueling qualification exam. This simple concept unfolds into complex plotlines of fresh fighting scenes, blooming friendships, growing challenges and of course, victories.

The most impressive aspect of this manga lies within its extraordinary characters. Most of the main casts displayed unique personalities together with their own gripping stories. The centerpiece, however, in this story is an atypical boy whose enthusiasm and innocence never fail to inspire each character he encounters. Warning: you can’t help loving Gon, so once you start watching, you simply can’t stop.

As for the best mode, I suppose it’s best viewed than read, yet having done the latter, I still have no regrets. I understood the series better when it’s in manga than when it’s animated. It’s all about preference.