“13 Reasons Why” is perfect for Netflix. I can’t imagine waiting a week to find out who is in Hannah Baker’s next tape. That would have been agonizing.

There were 13 of them. And each tape contained a reason why she decided to end her life. Nothing can prepare you for the flood of emotions as soon as you hear the dead girl’s version of the story.

It also helps that Hannah is such a compelling narrator.

You’ll find yourself asking plenty of questions as you try to guess what made her do it and why many of her school mates said she was lying. Would a dead girl lie?

This TV series can be easily mistaken as an extended movie because of its cinematic quality. Dylan Minnette stars as Clay Jensen, the cute, smart, and awkward teenager whom Hannah (played by Katherine Langford) admired. The story centers around Clay’s search for the truth behind Hannah’s death.

Lingering Thoughts on ’13 Reasons Why’

I patiently waited but Hannah didn’t have any luck finding people she could lean on when she was at her lowest.

This is tragic especially for teenagers who need ‘love and belongingness’ (at least according to Abraham Maslow). If only she could proceed to self-actualization and focus on working on her ambitions. That would have helped get her through the tough world, that was high school. I couldn’t help but think that if I was her friend, I could have done something. Maybe I could share with her the old adage: ‘This too shall pass.’ Or I could say something like, ‘no one is stuck in high school’.

But who could actually bear with Hannah’s school acquaintances? Guys are assholes. Girls are judgmental. Smart students are hypocrites.

Only Clay was different – the patent-worthy kind of different – especially in the eyes of Hannah.

And I totally get why Hannah was fond of him. But no matter how heaven-sent Clay seemed to be, he was far from perfect. Also far from stopping the inevitable suicide of Hannah. 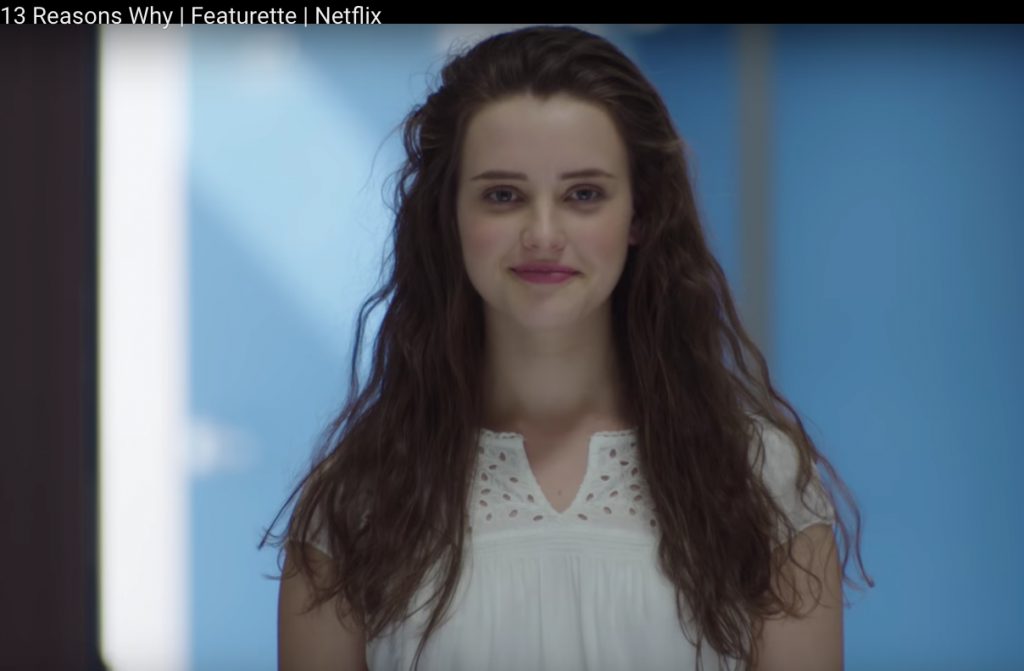 Sweet yet Serious and Dark

Teenage angst and loneliness. I thought these reasons were too shallow for a beautiful girl to stop wanting to live. And I was right.

After episode 12, I realized what or who crushed Hannah’s soul. Forget about what I said earlier about ‘moving on’ or ‘thinking ahead’. Hannah’s sorry plight was clearly far from what I have imagined.

I was hoping the school’s counselor would be able to offer some help. (But if he he had, then there wouldn’t be a book about it.) Yes, ’13 Reasons Why’ is based on a young adult book written by Jay Asher.

The good thing about this show? It dashes your hope from the beginning. You already know it won’t have a happy ending.

From the start, you know that Clay and Hannah are never going to be together. You’ll have a pretty clear idea she’s not coming back. That she’ll be just a memory. Whether Hannah’s memory will keep haunting Clay and the rest of the people on the tapes, that’s yet to be seen..

Knowing Hannah was dead hasn’t stopped me from wondering how she and Clay fell in love. What is it with high school romance? It makes me happy.

Make sure a tissue box is within reach while watching this series. You’re going to need it. Also, it’s criminal to skip Episode 11.

*For teens who want to binge-watch it, be sure to do your homework first. It’s 50 minutes per episode. Here’s the official trailer.

No comments yet
13 Reasons Why